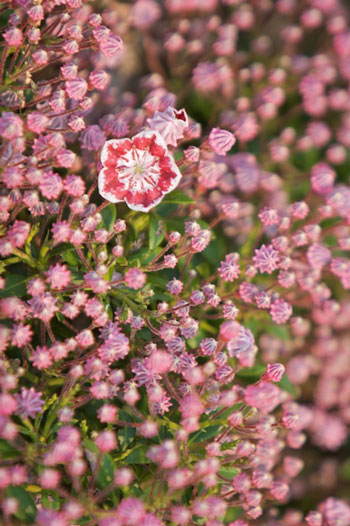 Regarding autoimmune disorders, the body is attacking itself. The idea would be that one is attacking one’s self psychodynamically, perhaps some sort of self-loathing or self-judgment on some level. It is generally cloaked in denial. You need to decide for yourself if this applies to you, and if so, how.

Similarly, allergies to the environment can imply aversion to what is around you. Again, you must decide for yourself if this applies to you or not.

Once a mode of function is established in the physiology, it can be difficult to remove it. After the physiology is healed, the memory remains. Even when the initial cause is gone, some degree of predisposition to the old habit is still there. Then again, is the initial cause, in this sense, ever really gone? The psyche, too, has its residuals. In this regard, it is best not to think in terms of complete and total healing. There is always some level of tendency to return to that which is familiar.

Everything is everywhere. You are one with everything. Everything is there within you. Unity does not mean unity with the things you think are good, and elimination of the things you do not. It means unity with everything. So, healing is not about the removal of this and that. It is about the physiology having a healthy relationship with… this and that. Of course, a healthy relationship with many things is to keep them at a distance. It is not to deny the nature of their presence in your world. Life is indeed subtle.

There is a notion that energetic cords get created between people in relationship. If the relationship goes wrong, energy healers sometimes think of removing or cutting those cords. That is actually not possible. In this sense, cords eternally exist between all things in existence. We are all one. It is better to think in terms of cleaning the cords, rather than attempting to eliminate that which is, in reality, eternal. A healthy relationship with people is to keep them each at the appropriate distance (in other words, have healthy boundaries) while at the same time being awake to the level where we are all one. Humanity has a great deal to learn about healthy boundaries, both culturally and socially. The word that comes to mind is “integrity.” This becomes spontaneous as the level of one’s evolution rises.