How Do You Relate?
by Michael Mamas 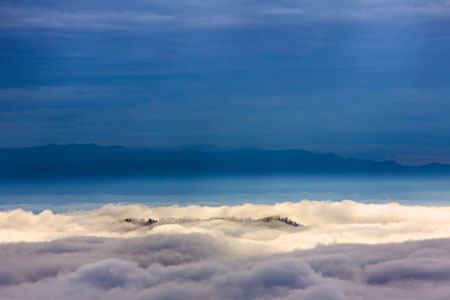 I was sitting with the Ashram people wondering about the introductory lectures. Quite honestly, I was astounded by the idea that someone could hear one of those lectures and be anything other than overwhelmed with enthusiasm. The Ashram people pointed out—people don’t understand the lectures. I lose them in the first few minutes. Several confessed they had to hear many of my lectures before they could begin to understand them. I asked, if that was the case, why did they come back? They said they could tell something very profound was there and wanted to understand it, but felt most people wouldn’t be that patient.

In a very poignant way, I realized that people can’t really relate to the words of an enlightened individual until they too are enlightened. Enlightenment is not a belief system. Enlightenment is a subtle shift in the physiology, indiscernible and incomprehensible. One cannot relate to it until it is obtained. Yet it’s something that people have a sense of, however vague and intangible. It is, in fact, what they long for.

This creates a real challenge. If an unenlightened person talks about enlightenment, people can understand what he or she is saying. Unfortunately, their words are mere echoes of Truth. As I am fond of saying, “Echoes of Truth, perceived as Truth, hold Truth at bay for lifetimes.”

I often hear people tell me about teachings of people they believe to be enlightened. They describe with enthusiasm the exercises and techniques that are offered. I just have to shake my head with disappointment. I realize that people are unable to distinguish those teachings from Truth. To them, they seem to be the same teachings, yet it is so clear to me that those teachings lead people astray.

That’s the challenge, and the decision is up to you. Commit yourself to an echo of Truth, which you can easily relate to. Or, aspire to Truth, which is highly elusive, and requires humility, courage, patience, reflection, and time. The choice is yours.